Who is Jack Ayoub? Jack Ayoub is the Parkes Labor candidate for the federal election.

Jack and I met at the Trades Hall. He responded like he was visiting a sacred sight.

Jack walked around the corridors and hall taking in the essence of the workers and unionists that had been there before. He was like a priest who had made it to the Vatican.

There just happened to be a couple of Labor stall warts working at an exhibition in the hall who offered to take him on the royal tour.

We walked along the stairway Tom Mann had walked, viewed the union relics upstairs and as I thought I was about to do my interview a union rep appeared and took him out the back to view the old boxing ring.

Not much is left of the original boxing ring. The seats have been taken down and replaced by a row of sheds but the unionist painted the picture and Jack used his imagination for the rest.

Finally finishing the tour Jack said, “wait I just have to sing in the hall….”

The ladies were stunned into silence as Jack broke out in a beautiful opera voice resonating from every beam, board and rafter.

He was promptly asked to come back another time for a performance.

Jack Ayoub in his words

“I was born in and raised in Coonabarabran. My mum was a nurse. She developed cancer when I was five and I remember her being in hospital still trying to help others as she was ill, she passed away when I was 12, “ he explained.

“Dad was a roof plumber and steel fixer. He had an accident after mum passed away and couldn’t work anymore and he developed problems and so things were tough as a kid and then he died when I was 18.”

“I was so lucky, I had been accepted into University and the town rallied together and paid for me to attend. After university, I returned to Coonabarabran and began working on stations, then as a teachers aid and I’ve become a union worker with the AWU. It’s a job I love and a job that’s rewarding,” he said.

Labor in a Nationalist land

Being an opponent of the Nationals in Parkes can be lonely as the majority of the area is pro-National party but Jack has been making inroads.

“Things seem to be changing, I’m getting a good response from the radio stations and newspapers that are giving us traction and in Gilgandra we will have all the booths covered this election, the first time in a long time,” he said.

Jack said his main aims are to always back local families in Parkes by fighting to support our local farmers, protect our local water sources, especially the Barwon Darling River, increase funding for our local hospitals and stop the cuts to our local schools, Medicare and TAFEs. 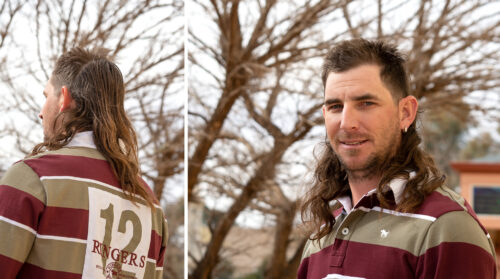