Highly touted AFLW footballer Eloise “EJ” Jones has resisted offers from other franchises to stay loyal to the Adelaide Crows.

The two-time Premiership winger with a strong heritage in the Silver City, Eloise Jones, will remain at West Lakes until at least season eight after putting pen to paper on a new two-year deal.

Jones, also part of Adelaide’s leadership group, has become one of the competition’s best wingers – recognised by her selection in the AFLW All-Australian Squad and in the AFLW Players’ Association’s final AFLW 22Under22 team.

She missed one minor round match in 2022 and featured in the Grand Final triumph over Melbourne.

The winger said she was keen to continue her career at Adelaide and looked forward to the future.

“I love this footy club and had some amazing times and I think it’s a great place for my continued growth as a player as well as a person,” Jones said in a one-on-one interview with the Barrier Truth.

“Having my family and friends here, but also the club does an excellent job at creating an amazing culture and environment for people to be themselves and grow and develop.

“We’ve been fortunate enough to be a very successful AFLW team and I think we can continue that in the future.

“There was definitely relief and happiness signing this contract extension.

“With AFLW, it can be hard to have a sense of security with contacts but I’m grateful that the club has offered me a two-year deal and that they believe in me and think I have more to offer the program. “As a player, sometimes you have doubts about your ability but to have the support from the club and have them put confidence in me was really exciting.”

Across the next season will be the first AFLW Showdown between Adelaide and Port, continuing a tradition built through the male side of the game.

“I’m super excited for the Showdown, we’ve all seen the rivalry in the AFL and I’m excited to continue that through the women’s program,” Jones continued.

“Hopefully, we get on top but I think it will be a fantastic game either way.

“I believe most of the girls in our team were approached from other clubs.

“Successful teams will often bring interest from other clubs wanting to get successful players into their programs. However, to only lose four players overall (three to Port Adelaide and one to Fremantle), I think that’s a great outcome for us. A lot of players have refused interest from other clubs because they want to be part of our program. It’s really exciting to see the belief from all the girls who have re-signed.

“To still have our core group together is amazing and I’m excited to see where our group can go.”

Crows Head of Women’s Football Phil Harper was pleased to have Jones extend her contract.

“It’s great Eloise has a belief in our team and wants to commit to the Club,” Harper said.

“She is a very important pillar of our team and we are thrilled to have retained our core group of players.”

Along with Jones, the reigning premiers have retained the services of Sarah Allen, Anne Hatchard and Ebony Marinoff, seen as other key components of the title-winning success in 2022.

Still just 23 years old and with a significant career ahead, Jones has already played 41 AFLW games in the tri-colours.

She played seven games in her debut season of ’18 and a further nine games in 2019, including the Grand Final win over Carlton.

Selected by Adelaide with pick No.24 in the 2017 draft, Jones has averaged 9.2 possessions per game across her career and, in ’22, averages an impressive 14.5 disposals per match in a premiership season.

Balanced and poised with ball in hand, as has been mentioned before, Jones was also an outstanding junior basketballer who had offers to play college hoops in America. 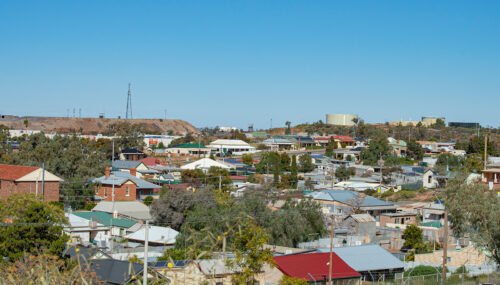