From Europe’s Opera houses to the Palace 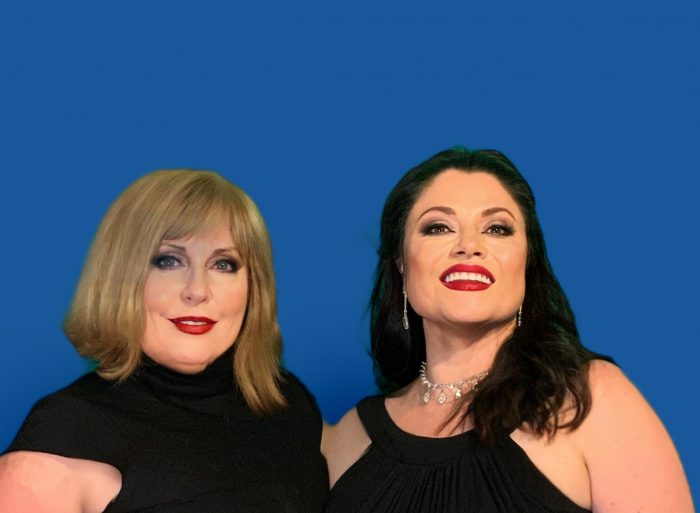 Michelle has returned to Australia after 15 years in Spain, where she performed and toured extensively.

“I sang with Placido Domingo and he was so professional and so kind,” said Michelle.

“He was a real down-to-earth person.

“Some people get a wrong idea of diva and divo.

“We are very expressive people.”

“We’ve had incredible gatherings of 300 people in small venues, where there was the excitement of something new.

“I want to bring something that’s grandeur to an intimate setting.”

Michelle is transplanting her European show to Broken Hill and her accompanist, Roxanne, has backed many renowned singers, including Marcia Hines.

“I’m from Viggianese, which means from ‘that region’ in Italian,” said Roxanne.

“Lots and lots of amazing musicians came from there and a lot migrated to Brazil and Carlton. in Melbourne.”

“My uncle, Luigi, knew Dame Nellie Melba and she gave him a flute and it’s engraved,” said Roxanne. Uncle Luigi was a flautist and the family story instilled in Roxanne that music is in her blood.

“I thought ‘That’s my family business,’” she said.

Both Michelle and Roxanne are half Italian.

“I was raised by my Italian singing Nonna,” said Michelle, referring to her grandmother.

Italians are “super emotional,” according to Roxanne.

“People think that means having tantrums but they feel everything very deeply and are able to express it.”

The performers believe that the enjoyable show will release emotion and uplift the audience.

“They charge 200 euros (AU$300) to see something like this at an opera house in Europe,” said Roxanne.

“People are welcome to come along in their formal gowns and tiaras.

Bella Italia Duo will be performing at the Palace Hotel on Thursday, April 28. Doors open at 6pm and the show starts at 8pm.

It costs $25 for the show, only, and $50 for the Dinner and Show Package, which includes pasta and garlic bread. If Dine and Discover vouchers are presented, the event will become free. For bookings, contact 8088 1699.