Broken Hill’s first Electric Vehicle (EV) fast-charging station was opened Monday at 51 Bromide Street, near the Big Ant, collaborating with the NRMA and the NSW government.

The future will be increasingly automated, and the fast charger will charge an average EV in approximately 30 minutes, according to the Minister for Regional Transport and Roads, Sam Farraway.

“This charger will be the most western charger in NSW and will be a great asset for the people of Broken Hill, opening up the region for EV tourism and ensuring locals can consider purchasing electric vehicles,” he said.

NRMA’s Head of Charging and Partnerships, Susana Barbir, said that there are now more than 50 NRMA EV chargers and the network is on its way to 95 per cent of its members being within 150 km of a fast-charging station.

“Standard, public EV chargers can take between three and six hours and charging off the grid at home or overnight accommodation can take up to 12 hours to reach 100 per cent,” she said.

Local mechanic, Corey Stenhouse, is one of two people in Broken Hill with an EV, and he has been charging his Tesla Model 3 at NRMA fast-charging sites throughout Australia,

Mr Stenhouse completed a two day EV training course at Dubbo TAFE and believes that his car’s cost is offset by it being safer and more efficient than a fuel or diesel car.

“It has a second boot at the front of the car, instead of an engine, so it creates a larger crumple zone, so it absorbs a lot more shock,” he said.

“It has a lower centre of gravity, so it is harder to tip over.

“There is also no oil to change.”

John Hart bought his Tesla two years ago and said it requires no servicing.

“I get approximately 500,000 km out of its brakes because of what’s known as its ‘one-pedal driving.’

“The moment you take your foot off the accelerator, it starts braking, and the car uses that to put electricity back into the car.

An EV can also put electricity back into the car by travelling downhill, and some roads in Europe will begin charging the cars.

Mr Hart charges his Tesla from his solar panels at home and is enjoying having no fuel costs.

“The only thing to get at a service station now is milk,” he said.

Mr Hart said that his car could find its own way to Woolies, and he sometimes drives it to Adelaide.

“If we can get charging stations at Yunta and Burra, it would be a breeze,” he said.

“You drive according to the terrain, and how much headwind you’ve got, I find.”

Ms Barbir said that the NRMA will conduct road patrols to assist EV drivers but that flat batteries will not be the expected problems.

“It will be flat tyres and the little auxiliary batteries running flat,” she said.

Mr Hart believes the main benefit for Broken Hill of the new charging station is that it will draw tourists.

“I’m on the system called plugshare.com, which lets EV drivers know the locations of three-phase plugs at homes and businesses,” said Mr Hart.

“I’ve had at least ten people come up here to charge their cars up.

“Because people who’ve got electric cars like to travel.” 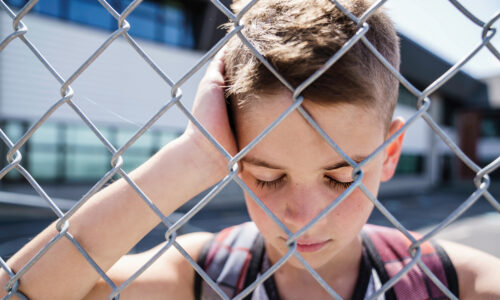