Dees versus Dogs it is 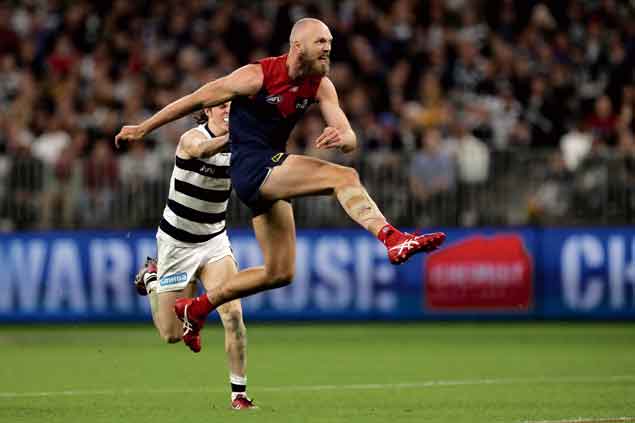 They were the endings no one expected. The top four teams of the 2021 season battled it out in the Preliminary Finals over the weekend, and they were far from close games.

Blowouts would be putting it politely; the Demons won convincingly over Geelong in Perth, as did the Bulldogs over the Power, and on the loser’s home turf.

The two teams that have been the top end of the ladder for the entirety of the season have proved their worth and have booked a ticket to the 2021 Grand Final in Perth in a little over a week’s time.

The first to earn their spot were the Melbourne Demons, with an 83-point win over the lacklustre looking Geelong Cats on Friday night.

The Demons were unrelenting and ruthless in their push to win, essentially putting on a clinic, dominating at every opportunity. The Cats on the other hand were low impact and lacking on all fronts, their only goal in the second half coming with 90 seconds to go in the game.

Max Gawn was the clear standout player from this game, the Demons captain taking the game on his shoulders and running with it. At the end of the third quarter, Gawn had singlehandedly kicked more goals that the Geelong team. He was a man on a mission.

Gawn kicked a career-high five goals in the Preliminary Final, four of which came in the third quarter. He finished with five straight goals, 19 disposals and 33 hit outs in a dominant performance.

The Demons will head to the Grand Final for the first time since 2000 and are just one win away from their first premiership in 57 years.

In another easy win to secure their place in the Grand Final, the Western Bulldogs managed a 71-point win over Port Adelaide on Saturday night, who were far from their best.

The Bulldogs were on the front foot from the game’s commencement, with Baily Smith slotting the first goal, picking up where he left off last week. Within ten minutes it was evident which team was most on their game; the Dogs had five goals on the board before Port managed to get anything happening, with a goal from Ollie Wines.

Bailey Smith was again a standout for the Bulldogs, showing he knows how to step up and perform in finals football, finishing with four goals and 23 disposals. Adam Treloar and Marcus Bontempelli were instrumental with 23 disposals, a goal and 13 score involvements and 20 disposals and two goals respectively.

The Bulldogs battled through the finals from fifth spot on the ladder at the end of the regular season, with straight wins in the Elimination, Semi and Preliminary Finals heading into the big dance – similar to their run into 2016, which we all know ended with a premiership.

The Dees and the Dogs will meet at Optus Stadium for the illustrious last game in September, in just over a week’s time on Saturday, September 25. All eyes will be on them, as they battle it out to determine who will be this year’s Premiership team.

This article was first published on 15 September 2021.