Death lurks in the shadow of COVID 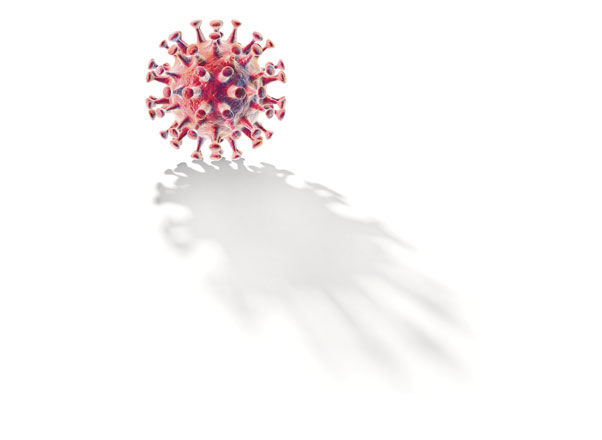 Last week, Louise Pointing noticed that her 15-year-old son was not himself.

He was beginning to have what looked to her like epileptic fits.

“I took him up to the hospital and then they sent us home,” Louise told Barrier Truth.

“But then he had a couple more the same night, so I took him up the next day and they kept him in overnight.”

With no history of epilepsy in Louse’s family, doctors were puzzled.

And six months could be how long Louise Pointing and her son must wait.

“He needs to have an MRI done, and an EEG done as well, but who knows how long that’s going to be? We can’t get either done because we can’t get a technician over the border.

“It’s absolutely ridiculous. They said maybe for a couple of weeks, end the month, but we really don’t know when the technician’s coming in.”

Louise and her son are just two of hundreds in Broken Hill who are suffering as a result of COVID myopia, a medical blind spot created largely by political reactions to the pandemic.

With the border between NSW and SA having been effectively closed for months, specialists, even those who’ve successfully applied for exemption, must isolate for 14 days when returning from Broken Hill – a situation that is unacceptable to busy medical personnel.

Barrier Truth has spoken to several Broken Hill doctors who all have the same story to tell: long waiting lists for patients suffering from entirely treatable ailments, many of whom will get more unwell, or even die, before they get the help they need.

Steve Flecknoe-Brown was Consultant Physician at Broken Hill Health Service for 16 years until 2015. The first Chairman of the Far West Local Health District Board (July 2011 to December 2012), he says what’s happening is a quiet disaster that was brewing long before COVID showed itself.

“My heart aches for Broken Hill and Wilcannia at the moment, particularly Wilcannia,” Dr Flecknoe-Brown says.

“But this is the real toll of being isolated.

“The good thing about being isolated was always that we had a community feeling and we looked after each other. But the real toll is now that you’re really isolated and they can’t get the specialist care they need, so they’ve got to depend on the local specialists there.

“Unfortunately, dysfunctional management has basically pushed all the good ones away.”

“So there’s that, and there’s also the lack of access to preventive health measures when you feel that you’re not able to get out into the community. The doctors definitely are not delivering anything like the amount of preventive care that they used to.

“People are avoiding the doctor’s surgery for routine stuff, and only going there when they’re sick.

“That’s not a bit surprising. It’s exactly what I would’ve predicted. And that’s what we’re hearing all across the nation.”

According the latest figures from the Australian Bureau of Statistics (“Provisional Mortality Statistics: Jan 2020 – May 2021”), death from nearly everything but COVID has markedly increased in the past two years. Cancer and diabetes, in particular – survivable diseases when combatted with regular specialised treatment – are six percent and nine percent respectively higher than the averages from the 2015 to 2019 period.

It’s a trend that mirrors the shock findings of a report published in the British Medical Journal last May (“Hospital admission and mortality rates for non-COVID diseases in Denmark during COVID-19 pandemic: nationwide population based cohort study”) that found hospital presentations were noticeably down, while death was noticeably up, the report concluding that “increased attention towards management of serious non-COVID-19 medical conditions is warranted.”

“We’re missing out on things like bowel cancer screening, pap smears and all those sorts of things that save lives.

“The message for the people is that they are entitled to go to their doctor for healthcare, and that includes preventive care. Even though they have to mask up and QR code in and so on, it’s really important that they keep up the preventive care and routine visits.”

For Louise Pointing and her son, it’s a little too late for that.

“Well, we just have to wait,” she says. “There’s nothing else we can do. We can’t get across the border, we can’t do anything.

“It just annoys me because they bang on about uniting Australia, we’re one big country, and yet there’s nothing between us and the South Australian border – It’s 50 kilometres, no towns, nothing else, and yet we’re not allowed to go in. It’s just about division of power.

“A couple of years ago, I had a mole that became itchy,” Louise recalls. “Luckily, we moved quick, within, like, a week, and got it cut out.

“It was at the stage that if I had waited six months, I wouldn’t be here today.

“So, like I said, six months could make a big difference.”