Broken Hill City Council, Central Darling Shire Council and Wentworth Shire Council have got together and made a joint submission to the NSW Government on the draft Western Regional Water Strategy.

The submission details the social, environmental, cultural, and economic importance of the Menindee Lakes and the lower Darling to the Far West and contests the proposed policy changes which will leave the lower Darling with just 195GL of water for critical human and environmental needs during dry conditions.

In an interview with 2DRY FM’s Water Watch program on Thursday night, Broken Hill City Mayor, Tom Kennedy, who contributed to the submission, said that the figure of 195GL first appeared when northern irrigators suggested 200GL would be more than enough to hold 18 months storage for the lower Darling and the Menindee Lakes township.

“The suggestion that 195GL would last 18 months is just not true. It’s not acceptable, and our submission is making it quite clear that the Government’s figures don’t stack up.”

The joint submission by the three Councils suggests that given the high evaporation rates of the lake system, 195GL total storage could amount to as little as 6 months’ supply.

The Government’s target also does not account for ‘dead storage’ of the Lake system which could see as much as 125GL of water inaccessible for managing the needs of Menindee township and the lower Darling-Barka.

The Councils’ submission focused on the resultant impact of dry conditions on the economy of the region and the health and well-being of river communities, whose lives and livelihoods have been deeply affected by severe drought conditions exacerbated by poor water sharing rules.

“We have all witnessed the destruction of the river system, the mass fish kills, the loss of native water birds and native flora and fauna,” the submission says.

The Councils have recommended an alternative trigger target of 480GL, held in lakes Pamamaroo and Wetherell, which would exclude any ‘dead storage.

This would mean supplementary and low security licenses in the Northern Basin would cease harvesting water when water storages in the Menindee Lakes falls to 480GL.

This 480GL target is in line with the Federal and NSW State government arrangement which sees the Murray-Darling Basin Authority control the management of Menindee Lakes when capacity rises above 640GL.

When the storage goes below 480GL, the water held within the lakes is no longer considered a shared resource of the River Murray System but is managed by New South Wales to meet local demands.

The submissions suggests that this 480GL trigger target would be sufficient to ensure the quality would be acceptable and not result in water, when released, to cause mass fish kills downstream along with other toxic blooms developing.

“We implore the NSW government to listen to the river communities, to ensure the health of the river system through connectivity of the Darling and Murray Rivers.”

Mayor Tom Kennedy on Water Watch was confident that the submission will be received positively.

“We are three councils that are willing to take the fight to wherever it needs to be taken to and I think that politicians understand that and want to work with us, so I think it will be accepted quite positively.

“I’m pretty confident it will go well above the 195GL that’s been proposed.” 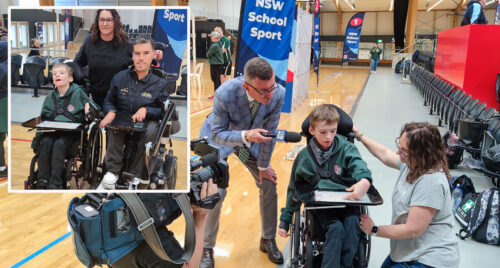