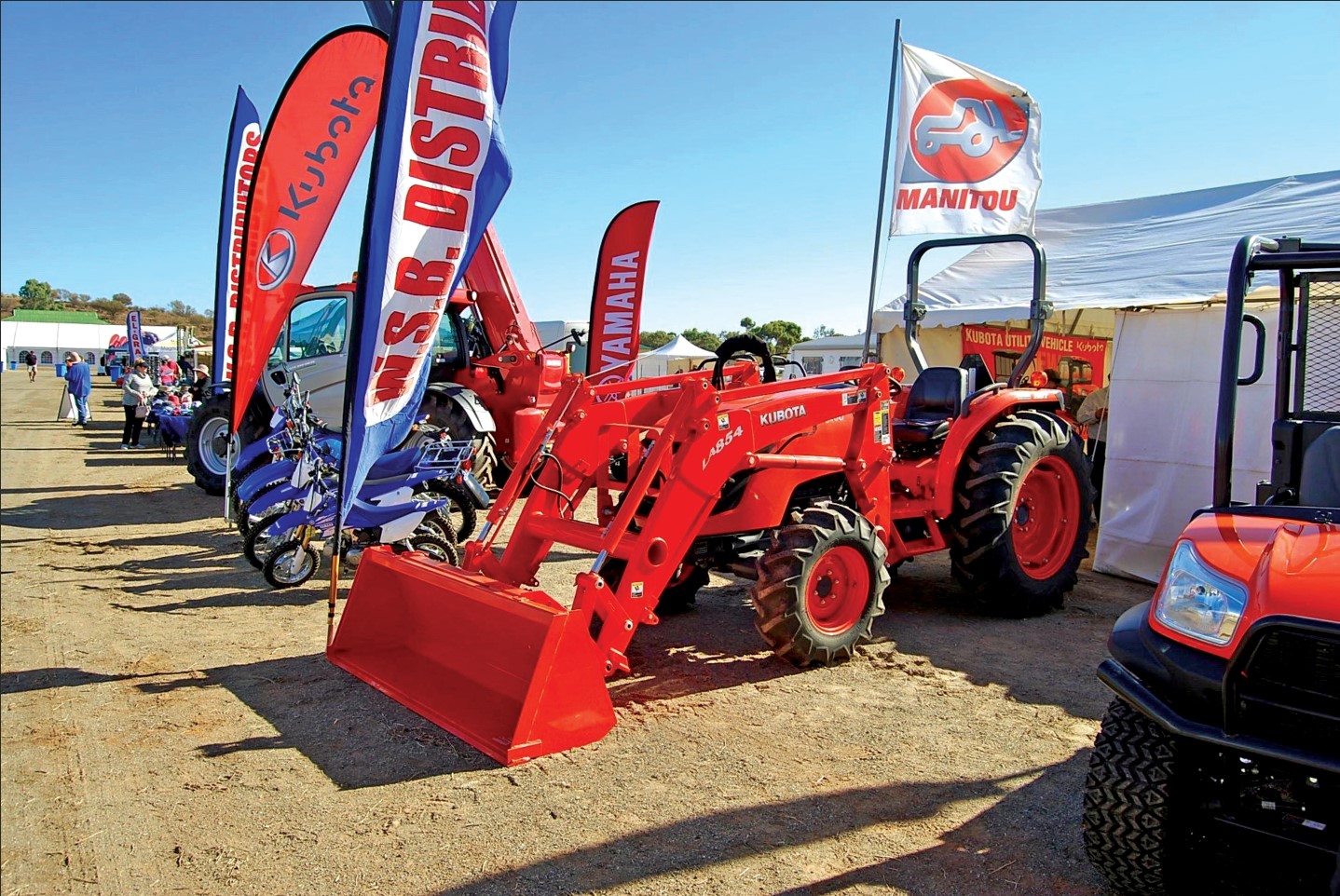 After a four year hiatus, the incredibly popular Broken Hill Agfair makes a much welcomed return this Friday and Saturday. 1990 was its inaugural year and since then, the two day biennial Agfair has fast become a beloved event in the calendars of pastoralist near and far.

Historically, the event has attracted close to 10,000 visitors and this year the expectation is quite the same. Agfair Chairman, Kevin Taylor is beyond excited to see the 2022 occasion come to

fruition, especially after the past two trying years.

“COVID really put a hold things and made it too hard to organise, it caused a lot of stress for our committee,” Mr Taylor said.

Trying to organise a two day event of this scale in the midst of the pandemic would have been, to put it mildly, a logistical nightmare. Navigating the QR code check ins and monitoring touch point

cleaning were two of the many odds stacked against the committee.

“Keeping schedules of all the people that came and went over the course of the two days would have just been too difficult,” explained Mr Taylor.

“Expenses would have been out of this world.

Postponing the Agfair in 2020 was a tough call, to have to do it again last year, was an even harder decision for the committee.

One of the committee’s major concerns was the hiring of the large pavilion. If the borders were to close or restrictions implemented at the eleventh hour, Agfair would be obliged to wear some large expenses. As a non-profit community based organisation, which relies heavily on considerable support for local volunteers, small business and donors, to suffer these costs would have been quite catastrophic and could well have impacted upon the future running of the event.

This year, the committee are revelling at the thought of hosting the Agfair again.

“We’re all pretty excited about it.”

“It’s a good social occasion for pastoralists in the district and offers them the chance to mix with the locals.

Broken Hill has traditionally been perceived as a mining town, yet for more than a century, it has also been an important regional support centre for the pastoral industry, particularly in outback NSW.

Thirty decades ago, the Agfair set out to cater specifically for graziers and pastoralists of the region, whilst attracted those from further afield. It has been the only event of its kind to cater for the outback, with an intent to showcase dry land agriculture. But the has been an undeniable shift in focus over recent years, with an aspiration to appeal to the general public, especially families with young children.

Mr Taylor explained how the event has evolved over the years and caters now, for local people without a pastoralists background or interest.

“We have free children’s entertainment, a child minding facility and a petting zoo” Mr Taylor added.

Perhaps the biggest coup this year, was securing Celebrity Chef, Justine Schofield. Her long term partner, AFL legend and local Broken Hill lad, Brent Staker might have been the draw card, but none the less to secure a celebrity of this calibre is quite exciting.

Justine will be hosting twice on both days, as well as Adrian Harry, master freestyle motorbike legend. He has proven a hit with patrons over the years.

Of the many exhibits there are sheep counting, which could provide a challenge for some, free camel rides for adults and children as well as the Barossa Helicopter Scenic Flights. Royal Flying

Doctor Service Women’s Auxiliary Dinner is on the Saturday evening. Mr Taylor said “the RFDS dinner is sold out, it’s great that we can join events like this.

Making a return this year are the well received health buses. On site will be BreastScreen NSW, offering free mammograms and Heating Australia providing free hearing checks. The RFDS will be there not only to showcase the wonderful work they do but the Mental Health, Alcohol and Other Drugs team and the Dental Van will be on site to cover these needs.

Moving on from the last two difficult years, there is much enthusiasm for Agfair 2022. The committee and community alike, are undoubtedly looking forward to getting out and about, mixing with the locals and having some fun.

“To see the crowds out there will be pretty exciting,” Mr Taylor said.

“After the sleepless nights and stress it will be well worth it to see the pastoralists and locals socialising and enjoying our event.

Adult tickets are $15, Concession $10 and children up to 16 years $2. Entry opens at 8am until 5pm both Friday and Saturday.